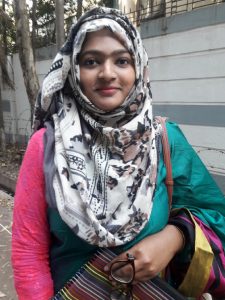 Tithi was sitting by the window and watching the movements of the pigeons. The eating styles of the pigeons attract her a lot. And the sound they create what is called chirping is really a soothing sound for her. The cause of that much fondness is unknown. She used to give foods to these pigeons every day, though she is not the owner of these pigeons. In this world, people never do such things which are not beneficial to them but she is doing it happily. Now –a – days, Happiness is a tough matter for her. Once there was a time when she rarely feels happy on very big issues, and smaller issues like nature, birds or seasons never affect her mood or happiness. But after getting married and having a kid, she came to know that not only in the shopping or buying expensive things but also smaller issues of life and nature can bring happiness in life. Things are becoming complicated day by day for her. Today she had called her mother if she comes then it will be easier for her to manage the baby. Her daughter is just 10 months old and not only she takes care of the baby but also she has to do all the cooking. Above all, she just started her Masters’ Degree. So, it’s clear that she has to do her study as well. In the morning, she used to wake up at 6 am as she has to cook the foods for her baby. She has a maid who used to come in the morning to make breakfast, do cleaning and wash the clothes. It’s really the best kinds of relief for her that the maid does a lot of her household works, though she will be paid for her works. The presence of her husband can never give such kinds of mental relief as the presence of the maid gives her. The name of her first maid is Taslima, before having a kid Tithi used to her household activities by herself. Taslima was just 16 years old then. A beautiful girl indeed, some of her neighbors ask her that is she a maid or a relative because her dressing sense was quite good than the other ordinary maids. She used to do all the works carelessly. The first day she has broken a glass and a plate. But Tithi never reacts aggressively. Tithi feels strange kinds of affection for her. She has been paid only 1800 taka every month that directly goes to her mother’s hand. One day she came with red eyes and some scars on her face as well as in her hands. Tithi naturally asks what happened. Her reply was shocking.

-What’s happened to you, Taslima?

-I have spoken harshly that’s why.

-Why have you spoken Harsh?

-My mother’s new husband used to come to our room at the night and touches us in a wrong way.

-Didn’t your mother rebuke him for that?

-No, she has beaten us badly as we refuse to do so.

That day, Tithi finds that not every mother is an ideal one. Mother can also be selfish or self-oriented. Then Taslima never comes again, Tithi has called her mother’s number to know about her. Her mother told that she has gone to the village as her bother comes to settle down the matter. The things are becoming really worse as she thinks of her condition in the village. Because once Taslima told that she has a stepmom in her village. A 16 years old girl’s struggle is a slap in the face of this so-called society and its’ patriarchal norms and conditions. A lady never thinks of twice to offer her daughter to her second husband as a sex toy, because she wants to be with that guy. Funny! Then There was a girl about to 18 years old, named Kolpona who came to do the household works for Tithi. Kolpona was skinny and dusky. About her appearance, what struck Tithi most was that she carried a Tabiz in her head which is tightly bounded with her hair. Tithi asked about the Tabiz, to which she responded that after the death of her first kid in the third day of the birth of the kid, she used to react violently that’s why her mother in law had summoned a Huzur who gave this Tabiz. She asked how her daughter died.

-It’s cold that killed my child.

-Didn’t you visit any Doctor? 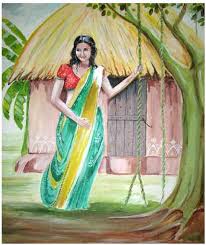 From her, she came to know that her daughter had died at the day 3rd from her birth by having a cold which turned into pneumonia. She sent her daughter to a doctor with her mother in law, after coming back, she told everyone that there is no problem. But after 2 days the child had died. From the doctor, she came to know that her mother in law has lied as she didn’t want her son to spend money on a girl child. Tithi thinks that still in this 21st century, the lives of girls are not secure. The struggle starts from the birth as the child has fought for her survival for 2 days, but she quit in the lack of proper support. This girl, Kolpona, even doesn’t have a healthy marital life too. Her husband has an affair with another Garments worker girl. Each and every day he rebukes her and warns her that he will be separated soon from this marital relation. One day, Kolpona stops working by saying that she has to quit the job because of her pregnancy and above all her husband has gone leaving a heavy amount of money borrowing that he took from others. That’s why she wanted to go to the village for her would be born kid’s safety. A man can leave his wife in the state of pregnancy. Tithi just feels the consequences as her husband would do so with her. She can’t control her tears that want to come out as a fountain from the deep of her heart. She never thinks of it because her husband is a caring personality. He takes the possible care of her as he can when she was pregnant. These thoughts of the maids actually kill one hour of Tithi. Because she is still sitting by the side of the window but the pigeons have gone long before. She has to cook and prepare herself for the daily routine to maintain her little baby. Now –a- days, she doesn’t get time to watch TV also. When she was a student of undergrad, she used to watch all the episodes of all the serials that came in Star One, Star Plus, and Sony TV. Now she hardly knows that Star One has changed its’ name for two times- first Life OK, then Star Bharat. Suddenly, she remembers that she has to call her mom and request her to come to her house. Maximum of the time her mom refuges, but if she agrees then it will be a wonderful thing for Tithi. This greedy aspect of life makes her do several calls to her mom each and every day. Tithi goes to cook, it’s summer season. It’s really tough to stand by the side of the stove. But, nothing can change it, life must go on.