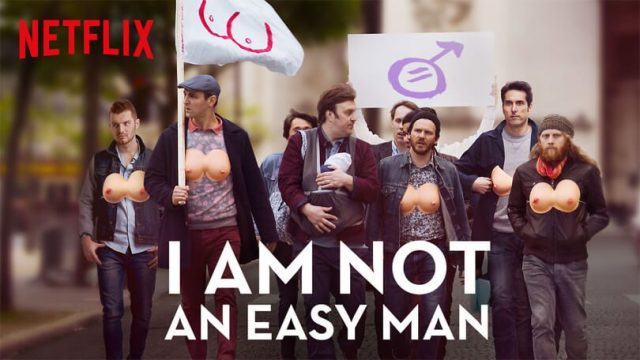 Films influence our lives to a great extent.  Even though films are often made with the sole purpose of entertaining the audience, some movies make a remarkable effect on our minds. It makes us think out of the box. “I AM NOT AN EASY MAN” is that kind of movie. In this world, a woman feels how hard it is for her to cope up with and also to survive in this male-centric society. Just on the basis of gender which is a socially constructed idea leads women a lot of suffering, segregation, inequalities, and violations overlooking their abilities, qualities, struggles, and talents. How the world would look like if we reverse the whole situation mentioned above? The movie “I AM NOT AN EASY MAN” has presented this reversed world in front of us so beautifully and flawlessly.

The film focuses on exaggerating every single character and detail, from the chauvinistic male lead to the 180° world reversal. Though neither world is necessarily one that we currently live in, most men fail to see their own behavior or sense of entitlement until it’s exaggerated in the form of a film like this. Even then, so many men come in here; angrily ranting this is not their nature. If you’re not, great, good for you. But the truth is, just like the issue of being born into a certain “superior” race, those living a privileged life fail to realize just how good they have it! The same holds true for gender privilege.

Since the main character, Damien (Vincent Elbaz), is a man (and a white one!), he’s born into boundless freedom and opportunity and knows nothing but this way of life. So he’s justifiably outraged when all those inalienable rights he’s so used to just up and vanish. And yet, despite waking up, horrified, in a world where men are considered the weaker sex and are abused by women constantly, he never once questions how wrong it is or blames himself. And he never doubts his right to be treated like a human being instead of property.

While he’s catcalling two barely legal girls, though, he runs head-first into a pole, leaving him unconscious. When he wakes up, he finds himself in this bizarre new world where the genders are flip pity-flopped—women are the entitled, powerful pricks and men have to figure out exhausting ways to deal with it all. His adjustment to this hellhole is quite entertaining. But at the same time, it reveals in a reverse way some deep-rooted phenomenon that a woman faces every day.

Men wear what society tells them to. The society also tells them what to eat, how to behave, how to walk, how to talk and so many. Even Damien’s friends act weird now, pressuring him to eat salads and worry about being fat or old. His father nags him about being single, living with a cat, and not producing those obligatory grandkids a man owes his parents (and society). Karma’s merciless fate makes Alexandra (Marie-Sophie Ferdane), the woman he falls for, treat him exactly like he used to treat women who loved him—by playing games, keeping him at arm’s length, patronizing him, and making him feel needy for wanting anything more than sex.

Damien is the epitome of chauvinistic men. I, as a woman who looks/dresses a certain type of way, deal with this on a daily basis. This movie is meant to give men a taste of their own medicine. The exaggerations, such as a woman dressing in suits/driving loud sports cars, are spot on. A lot of reviewers have rated the movie negatively because of this. They somehow couldn’t achieve to see that these acts have been oversimplified, because how can we possibly begin to address things like job inequality, women in executive positions, etc, when we still live in a world where men can catcall women on a daily basis, and we just “deal with it”.
I’m Not An Easy Man’s stated aim is to simply present a picture of the world the way it would be if gender roles were reversed. It steers clear of engaging with the intellectual possibilities of a world where women would be truly in charge. This crucial directorial choice makes the narrative terribly familiar. It also ensures that the narrative remains staid and predictable. The true worth of the film lies in its tiny details that it doesn’t fail to exploit for full comic effect.

I’m Not An Easy Man works best as a thought-provoking exercise, the cinematic version of a thought experiment where the subject becomes so tied up with the hypothesis that he finds himself sinking in it. Its narrative and comedy leave a lot to be desired. Frankly, they don’t really add up to much. But it manages to get under your skin, pondering over the possibility of being weighed down by the unbridled power one gender asserts over the other. The director wants you to question everything that you accept as normal, or that women are made to accept as the same. There are certain vicarious pleasures to be had in witnessing an erstwhile Don Juan running across the city wearing hot pants inscribed with the word Hot on the behind. And while the film can get quite tiresome after a point, it is still worth it owing to its audacious central conceit and the effect it has on the Damiens of the world. Oh, and that in the end, only love can save us from the enormous absurdity of it all.

Whatever mindset you may have, try to watch this movie. It’s very eye-opening, from both a male and female perspective. It made me realize how I’ve adjusted my own way of life, in a sense, to deal with certain situations I come across on a daily basis! 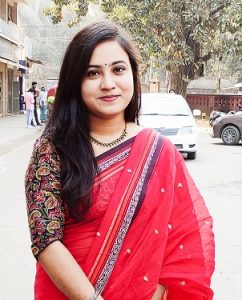