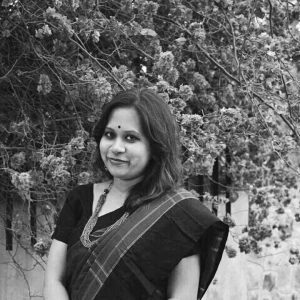 In recent times, I have come across two awareness-raising videos on Facebook. The first one shows the story of a little girl, Noboni who is shown to run and hide when a male relative(who is an uncle of hers) visits their house along with his wife. When Noboni’s mother goes to find her, Noboni tells her mother that this uncle hurts her a lot. When the mother probes further, she realizes that her little daughter was sexually abused by the relative.

The second one shows a teenage girl writing a letter to her father, opening up about the sexual abuse she is experiencing by her private tutor. The video starts with her parents talking about her poor performance at school. The father is disappointed and angry at his daughter for her dropping grades. Eventually, he discovers a letter from his daughter where she writes about being sexually abused by the tutor.

I had mixed feelings while I watched both videos. Trauma from past memories haunted me. My heart felt heavy, and my eyes welled up with tears. A part of me was really glad that such videos are being made in Bangladesh, encouraging the parents to understand their children and talk to them if there is an alarming sign, instead of jumping to conclusions by themselves. A part of me also wished that while I was a young girl, when I was a teenager, the silence was broken. Nowadays, many are taking to social media to speak up about their experiences- it is the era of #MeToo, after all. I only wish that when I was growing up, when I experienced abuse as a little girl, as a teenager- I had the courage to tell to any other family member about my sufferings. But I did not. Neither did I trust anyone to be able to confide in the person, nor did I have the courage to hit back. When I was a little girl, I did not even know I was being abused. And as a teenager? I did know what some people were trying to do was wrong, but I could not speak up.

I feared being blamed, and the fear and my traumas were constantly battling with each other. Before two years, I wrote about my experience of being labeled as a “bad girl”, at the mere age of 12. Why? Because some random guy decided to stalk me, someone I never ever spoke to. Some people made me feel it was my fault. It was my fault that out of all the girls in the colony, he decided to stalk me! But I never understood how it was my fault. But what I know is, being labeled as the bad girl, without knowing what was my fault, shattered me in a way that I felt if I ever get raped, I could never ever tell this to the people around me. Never ever. And some people who were considered family took advantage of the situation. It would take a novel to write about everything;  I will write about it some other day.

I suffered alone. I tried to avoid the unwanted touch from those few people. I tried to escape from their unwanted attention by withdrawing myself, by ensuring I do not socialize, by trying to ensure I am never alone with them. I was like “Noboni” in the first video in many ways. I had no one to confide in, no shoulder to lean on for some support. I constantly lived in the fear that someday I will be raped. This fear occupied my mind most of the time, even was I sleeping. When I was awake, I would think about their next visit and focus on my safety strategies. When I used to sleep, I frequently had nightmares. It took me about 7-8 years to ever tell to any family member about my stories of abuse. But the most traumatizing part of my experience is, I considered myself cursed and at fault. I felt something was definitely wrong with me, otherwise why I was targeted by more than one person? Now, as an adult, I would not think this way but as a result of growing up in a patriarchal society where victim-blaming is widespread, I had internalized this within myself and for few years I blamed myself, not knowing what exactly my mistake was. I had so many questions to ask, but nobody to ask from, and so my questions went unanswered and invaded my mind like a raging storm. It is only when I started volunteering online with Safety First for Girls, I realized that I had found my first “safe space” to contribute towards one cause that is so close to my heart. It is after I started working on this issue, that I realized that it was not my fault and there are so many like me across the world, wanting to be heard, wanting to be reassured that it was not their fault.

With regard to these videos, a part of me feels relieved that these videos will encourage many girls to speak up, to prevent further abuse. It will also hopefully be eye-opening for many parents, and they will try to analyze their children’s strange behavior, to find out hidden reasons which they may not be aware of, instead of concluding that the child is just “problematic”.It is so important to break the silence around the issue of child sexual abuse. From my own experience, I can say that the trauma can last a lifetime. The trauma of being abused can resurface from time to time.

The writer is working as editor of Women Chapter’s English site, and Researcher and Social Media Manager at Safety First for Girls Outreach Foundation, a not-for-profit organization based in Zambia. She is also working as a volunteer at the Hague Peace Projects. Her passion also includes inter-faith peacebuilding, refugee rights, women empowerment etc. She is one of the young leaders of Women Deliver Young Deliver 2018 Program.

She is an indecent girl, don’t hang out with her