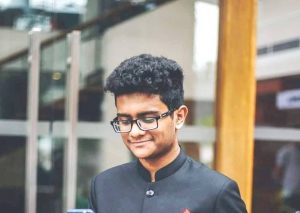 She wanted to be a makeup artist.

But luck favored neither the young and innocent Nadia Murad nor her fellow Yazidi villagers in the northern Iraqi district of Sinjar. Around early 2014, the village fell victim to the rise of the Islamic State; blood streamed down rocky, mountainous pathways and corpses lay strewn across the gravelly landscape as IS invaders tore through the community and left 600 dead in its wake. The massacre was a terrifying scene from a nightmare—one that the villagers did not wake up from.

This was the horrifying, eternally scarring beginning of Nadia’s journey—a young, scared, hopeless, helpless girl, torn apart from her family, trying to rip her eyes away from the sight of her murdered brothers on the streets of the village she once called home. This would mark the beginning of her role in one of the darkest chapters in human rights history, the Islamic State’s captivity and torture of tens of thousands of prisoners, most of them unmarried women who were kept alive only to be “utilized” in the world of sex slavery. Among these was Nadia, a barely-20-year-old girl in chains and in distress, still unable to understand what had just happened to her family and home, and unable to predict what was going to happen to her. A Yazidi prisoner of war, a sex slave, dehumanized, abused, bloodied, made to feel worthless and powerless, stripped down to absolute vulnerability. Her identity snatched. Her self-worth, non-existent. Her future, uncertain but dark. 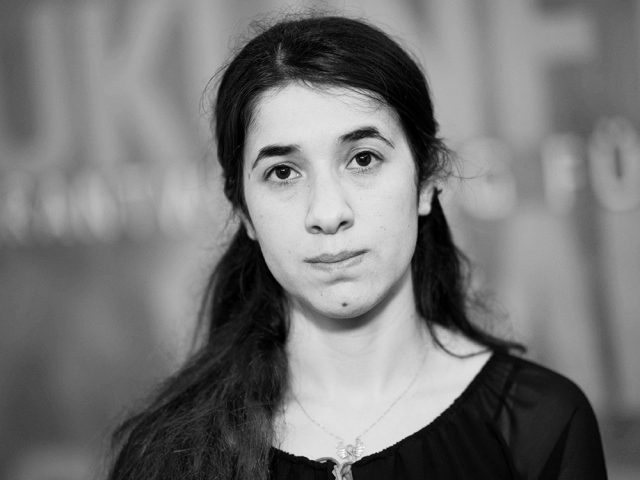 Four years later, that same girl stood tall on the global stage as she was awarded the Nobel Peace Prize, being recognized universally as a survivor, a hero, and a champion of human dignity.

Nadia Murad is not a name to be forgotten. Her life is a portrait of courage and resilience, one long tribute to the endurance of sex slaves and prisoners of terror groups worldwide. She has emerged as an unexpected global leader and advocate, bringing the world’s attention to the agony of the Yazidi people and other shackled communities. It is a genuine phoenix-from-the-ashes story, from helplessness to heroism, from despair to determination, from abuse to achievement.

The granting of the Novel Prize to a champion of human dignity during an age of extremist violence is reflective of a wider global acknowledgement—an acknowledgment, not clearly present before, of the brutal usage of sexual abuse as a weapon of war. Though this crushingly dehumanizing practice has existed for millennia upon millennia—history offers no end of examples of using rape as a tool to attack and suppress—never before has the plight of the victims of wartime rape been voiced on an international platform as thoroughly, touchingly, and far-reaching as Nadia forced it to be. 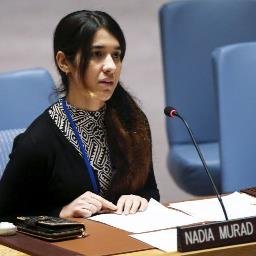 The bloody issue of wartime rape and sex slavery had often been confined to brief nods in history books and some emotional descriptions circulated online without much of a following. In simpler words, it was ignored and accepted. It was seen as a typical, unsurprising aspect of war—sure, the buying, selling, and abusing of others’ bodies is an effective means of control, torture, and subjugation, as well as profit. Disgusting though it was, there wasn’t much that could be done about, is there?

Nadia Murad shifted the global conversation on wartime sex slavery and rape. Her resilience and her stories demonstrated to the world the stark nature of this war crime and the psychological & physical consequences tolled out on its victims. She turned over a new leaf in international efforts to make sure this crime against humanity does not go unaccounted for in the fight against terrorism.

Nadia not only survived her ordeal—she fought back to make sure others wouldn’t have to. After managing to free herself from the grips of the Islamic State, she wasted no time in bringing to international attention the large-scale imprisonment and sex slavery industry rapidly overtaking Iraq and Syria. Testifying in front of the United Nations and other intergovernmental bodies, Nadia Murad soon became a household name worldwide as her vivid descriptions of torture under the IS regime gave the world a peek into the inner workings of Daesh. It was apparent from her testimonies and all her interviews that Nadia did this not for recognition, not for pats on the back, but through a genuine, heartfelt, deeply emotional urge to rescue others from going through what she did.

Nadia Murad and her work represent the qualities that are most valuable to us in times of chaos and turbulence—strength, resilience, compassion, and courage. Young though she is, her accomplishments so far have amounted to a revolution in how the world perceived the brutal threat of ISIS and the necessity of protecting the victims of this abhorrent regime. It is no exaggeration to call her a hero, a role model, and a force for global change: the same scared, helpless, hopeless, desperate girl abused and raped by terrorists for what seemed to her to be forever—now a survivor and a savior who has learned that freedom cannot be taken for granted.

Remember the name, Nadia Murad, because history surely will.

Adeeb Chowdhury is a writer, debater, and aspiring diplomat currently living in Seattle, Washington as part of a US State Departmental exchange program. He is the president of the Youth Internationalist Association. He is also a member of various institutions such as JSA (Junior Statesmen of America). Besides writing and politics, Adeeb is interested in old movies, stand-up comedy, and early 2000’s hip-hop music.