The recent rape incidents during the COVID-19 pandemic in Bangladesh gave rise to massive protests throughout the country. The protests erupted when a woman was stripped and assaulted by a group of men in a remote village. Bangladesh had witnessed such a massive protest against sexual violence for the first time. In response to the protest, the government of Bangladesh has made an amendment that approves the death penalty for therapists. This attempt of the government is highly appreciated but the question is, will this law really help to minimize the rape incident? There is a saying, ‘Prevention is better than cure’. It is more important to prevent and put an end to rape incidents and the death penalty is not a real solution to prevent these. Rather, it may encourage therapists to murder their victim. Moreover, there is no evidence that the death penalty helps to reduce any crime. Passing a law in the parliament is easy, but there is no initiative for the implementation of laws especially for women. Rapists are now roaming around us. Women and children are not safe anywhere. Rape will not reduce by arresting rapists rather initiatives should be taken to focus on their roots to put an end to rape culture.

No man is born as a rapist, rather they are made by their Society and family. Only a dead soul can rape a woman or child brutally and definitely a dead soul will not have any sense about the death penalty for his crime. For long-term prevention, it is important to go through the root cause of sexual violence to combat these incidents. Still now, even the male students of various universities think that dress is responsible for rape, and very few are well aware of consent, marital rape, etc. The situation has become so worse that recently when a female HSC candidate demanded to consider the decision of canceling the HSC exam, many male HSC candidates were seen publicly commenting that they will rape her whenever they get any chances. Rape has now become a form of entertainment for men. These are the results of lack of sexual and moral education, patriarchy, power imbalances, and toxic masculinity which lets a man assault and objectify women for their entertainment. This culture of silence should break down and awareness should be raised against patriarchy and toxic masculinity. Age-appropriate sexual education should be incorporated into the textbooks of schools. Parents should be encouraged not to treat sex as a taboo. Moreover, parents should raise and socialize their male children in a gender-sensitive way. Besides this, Redefining the concept of rape and consent is necessary. Still now, there is no mention of marital rape in law. Recently, a 14-year-old child bride in the Basail Upazila of Tangail died being a victim of marital rape by his husband. These types of cases have become very common now. Our society should understand that a marriage certificate, relation, or dress-up does not give the license to rape a woman without consent.

Furthermore, the social norms of normalizing sexual violence against men and women irrespective of their identities should be challenged. There are many cases where ethnic women, transgender people, women of minority group, male students of Madrasah are the victims but their cases are neglected due to their social, class, and gender identity. Many male students of Madrashah are being sexually assaulted and raped by their teachers and recently these types of cases are on the rise. Whatever the identity of the victim is, the perpetrators should be punished.

Besides this, victimization and stigma around rape should be eliminated. Only a rapist is responsible for his crime. A safe space and situation should be made so that the victims can get the confidence to take actions. Moreover, women’s mobility should not be made limited and should ensure a safe place for all women both in the public and private sphere.

Also, it is more important to establish a justice system where the survivors will not be ignored and have proper legal and health support. In Bangladesh, most of the rape victims do not get the courage to take action against the rapists because of the existing legal system and social structure that stigmatize them through victim-blaming. Even when the victims get brave enough to take action, their cases are rarely investigated. The case of the sexual assault of a woman in Begumganj came to light after 2 months of the incident. The absence of a proper legal system gives rapists the confidence that they will not be punished for their crimes. The accountability of law enforcement agencies and other institutions should be strengthened so that the survivors of rape and other sexual violence get proper justice. 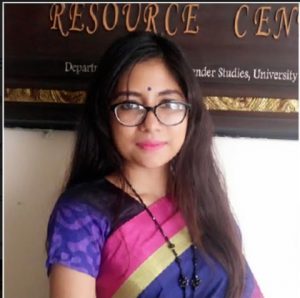 The writer is a student at the Department of Women and Gender Studies, University of Dhaka.