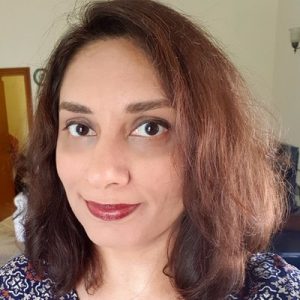 Yesterday while researching the Pakistani artist Asim Butt and his powerful street art and graffiti, I came across these illustrations he did of Pakistani currency notes. Instead of the usual portrait of Quaid e Azam Muhammed Ali Jinnah, he’d imagined what those notes would look like with three famous Pakistani women: Benazir Bhutto, Fatima Jinnah (The Quaid’s sister), and Madame Noor Jehan, the famed singer of Pakistan.

Women on Pakistani currency notes as imagined by the late Asim Butt. Wonder if we'll ever see this become reality? pic.twitter.com/GbEJ1dW6nY

I was mindful of the controversy that blew up in the United Kingdom when feminist campaigner Caroline Criado-Perez convinced the Bank of England to put the face of Jane Austen on the new 10 pound note. Criado-Perez received death threats and tons of Twitter abuse. Would the same thing happen in this case? Probably not, as I was only circulating some images, not actually leading a campaign to make this a reality.

The reaction to the images was mixed. Some people loved the concept. “Noor Jehan should be on the Rs. 500 note,” said one man, enthusiastically. I learned that commemorative coins had been released for both Fatima Jinnah and Benazir Bhutto, but that the one for Miss Jinnah only featured flowers, not her face.

I received no abuse for my tweet, thank God. What I did get, though, was a lot of men groaning and shaking their heads and asking if I had to turn everything into a gender issue. “What’s the point of this? Will it change anything?” asked one person. “We’re a Muslim nation. We shouldn’t allow any imagery, just calligraphy,” said another. “Maryam Nawaz Sharif will put her face on a currency note for sure,” grumbled a third.

Even though not such a supporter of the monetary system and currency in general, this would be refreshing.. #women #Pakistan https://t.co/kxVB7y53yH

What I got out of this little exercise was that most people, men and women, believe this could never become a reality. We’ve only ever had one person’s face on our banknotes and that’s Mohammed Ali Jinnah. The State Bank of Pakistan would be a lot harder to convince to change anything, whereas in the United Kingdom different people have been featured on banknotes from time to time. 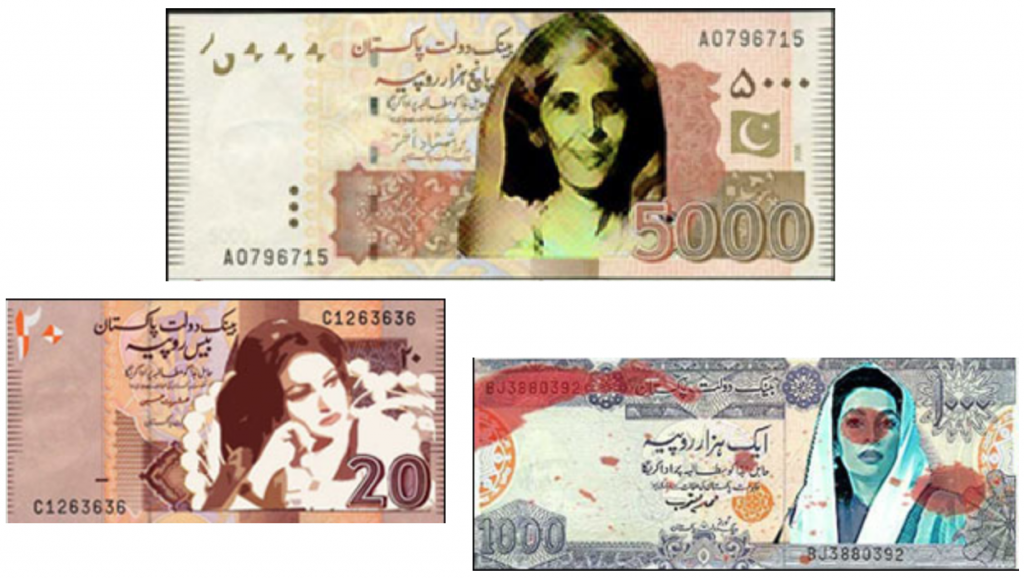 Perhaps conservative Pakistanis feel that it’s not quite appropriate to have women’s faces on currency notes that are passed around every day. I think, though, that the sight of these women’s faces on banknotes would make people uncomfortable for a different reason: they might evoke people’s consciences in the way that the only thing that can make a Pakistani feel guilty for his or her improper behavior is a rebuke from their mother. These women, especially Fatima Jinnah and Benazir Bhutto, are seen as mothers and daughters of the Pakistani nation and of Sindh.

I imagine it would be hard to pay a bribe, or buy a trafficked woman or pay for a prostitute with a currency note that had Miss Jinnah’s face smiling at you.

Bina Shah is a Pakistani-based writer, novelist and NYT columnist. She is the author of four novels and two collections of short stories. She is a regular columnist for the International New York Times, the Dawn, the Huffington Post, Al Jazeera, and has written for the Independent and the Guardian. Her fiction and non fiction essays have been published in Granta, Wasafiri, the Istanbul Review, Bengal Lights, Asian Cha, and Critical Muslim.